When Ryan was in first grade, he kept asking me to send something special in his lunch box. He even brought home a book about napkin origami from the library in an attempt to get me to try it.

My origami skills are non-existent, so instead I started sending him notes. My original notes were very simple, basically saying “Have a great day! Love, Mom” with a smiley face. I couldn’t keep sending the exact same note every day though, so I expanded the notes to jokes.

Every night after Ryan went to bed, I sat down and Googled a kid joke (usually related to something he and I had talked about that day). Although my artistic talent is pretty limited, I usually put a lot of effort into drawing a cute picture to go along with the joke. Sometimes I resorted to quick stick figures if I was low on time.

The jokes worked out better than I could have anticipated. They made perfect ice-breakers for Ryan at lunch and by the time he came home from school, it seemed like everyone in the school had heard the joke of the day.

As much as Ryan loved the cards, sometimes my nights were hectic with the baby and I just couldn’t draw a card. I started keeping the previously used cards in a stack on top of the fridge, so that I could pull out one that I hadn’t used in a while.

Some of the cards from last year: 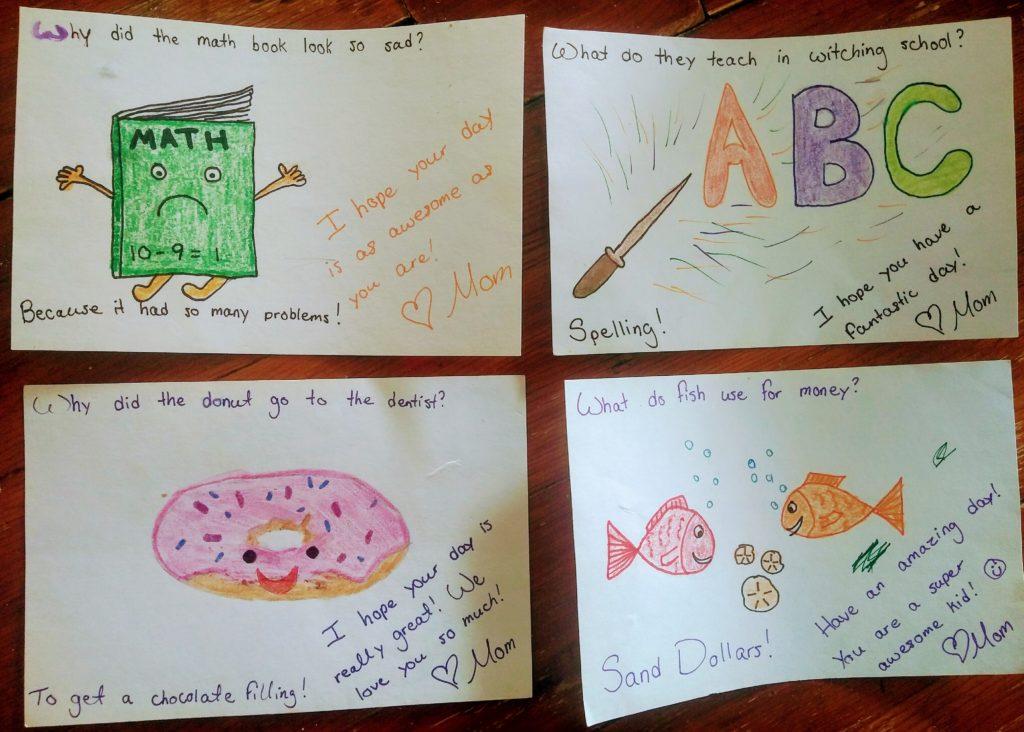 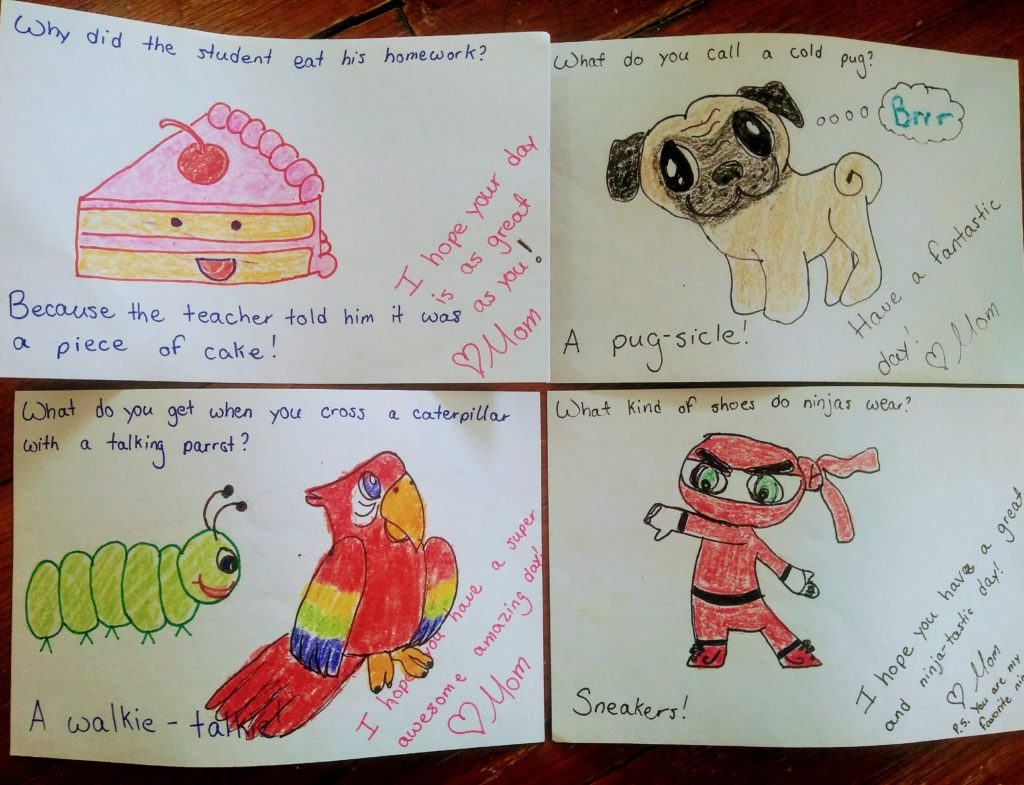 Recycling the cards worked pretty well, but this year I want to try making more cards in advance. That way I have fresh cards to stick in Ryan’s lunchbox, even on busy nights. Instead of sitting down to make one every night, I want to make them in batches when I get the chance. I’m not sure if this method will work for me, but I am starting off the school year trying it.

I bought an index card box that I keep on top of the fridge in an attempt to be a little more organized this year. I also bought some colorful 3×5 index cards, thinking the bright background colors would be a nice change of pace.  As it turns out, I think I like the white index cards I had been using a lot more – my drawings seem to look better against a white background, and the colored index cards fade anywhere I use an eraser (typically I do a lot of erasing on the cards). The pops of color do seem nice though, so I haven’t decided which I will continue with through the year.

Some of my my attempts so far this year: 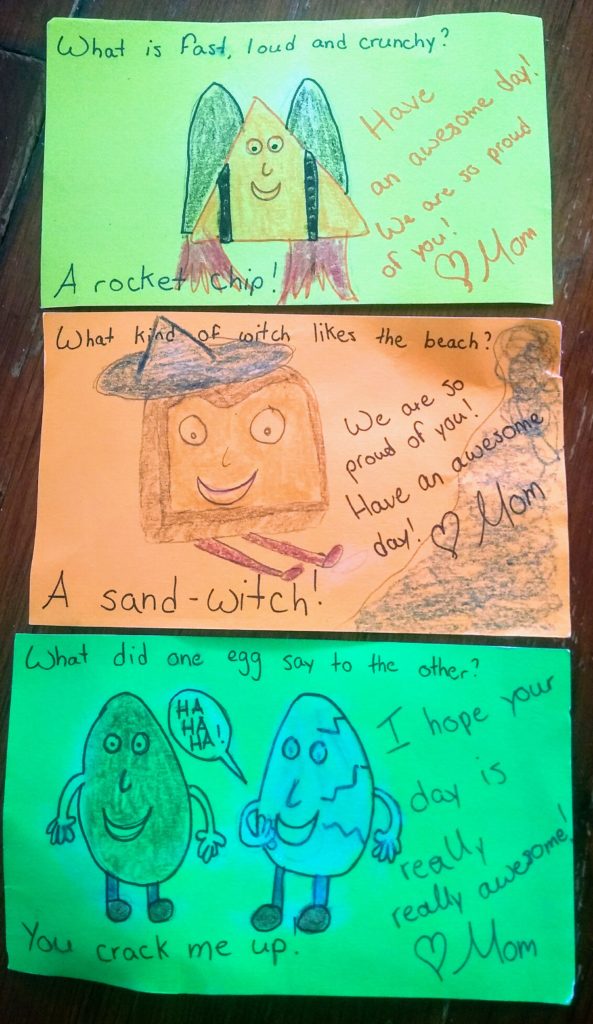 Do you write notes or put anything special in your kids’ lunchboxes?