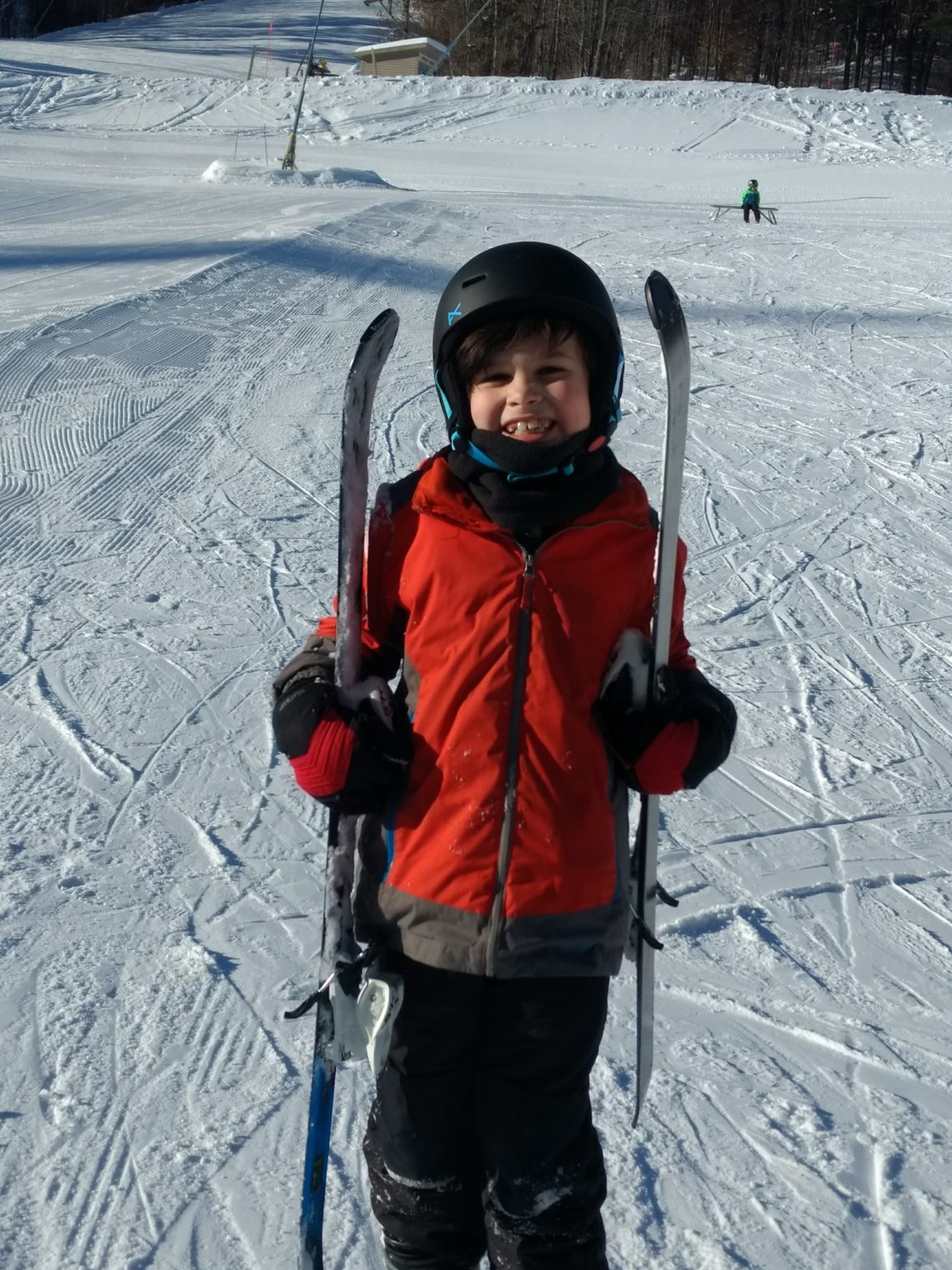 We moved to New Hampshire when Ryan was starting first grade. We were eager to move right away, and so we looked everywhere to try to find an affordable house rental in a good school system that was within commuting distance of Concord/Manchester. We ended up in a sleepy little town with a tiny school, right next door to Mount Sunapee. The town wasn’t the right place for us, but the tiny little school was fantastic. One of my favorite things that the school offered was their Winter Activities Program – for four weeks in January/February, the kids spent the second half of every Wednesday either skiing, ice skating, or sledding/playing in the snow. The idea was to teach kids to love and appreciate the winter rather than holing up indoors, an idea that is especially important in areas where the economy is so closely linked to winter activities. Ryan discovered skiing, a sport that he loves, but neither Cal nor I know anything about, so we were grateful that he had the opportunity to learn through school.

Then we moved up to Littleton, we had found our perfect place, a bit further north than where we started. I was happy to find out that Littleton also offered a Winter Activities Program. I was amazed when I discovered just how much more extensive their program was than in our previous town. In Littleton, the Winter Activities Program is six weeks instead of four. Not only does it take place during the second half of the school day once a week, but some programs, like skiing, run several hours later than the school day as well. When Ryan brought home his packet to sign up for Winter Activities, it was not the simple choice between three options that I was expecting. Instead, Littleton offers 21 different programs that kids can choose from. Some of those programs included downhill skiing, cross-country skiing, snowshoeing, iceskating, rock climbing, swimming (indoors of course), kids’ Crossfit, martial arts, robotics, and pottery. Littleton offers so many fun options that there is bound to be something to appeal to everyone.

Even with all of the new options, Ryan was determined to stick with skiing. In Littleton, he is able to access longer ski lessons, have six lessons instead of four, at bigger ski mountains (the school just switched from Cannon Mountain to Bretton Woods), and it was even cheaper than in our previous town (not even including the cost of rentals), making skiing more accessible to anyone. As a parent who does not know anything about ski equipment, I have always paid for Ryan to rent his equipment at the mountain so that I did not have to worry about sizing correctly. transporting the equipment, or him outgrowing his ski gear. I have gladly paid the cost of the rentals for the convenience in previous years. The only downside is that Ryan wouldn’t have skis if he wanted to ski outside of the Winter Activities Program. This has never been an issue in the past, because like I said, Cal and I do not ski.

Littleton however, has an even better option. Not only do we have fantastic ski resorts nearby, we also have a town ski hill. Mt. Eustis is a volunteer run ski hill where anyone can ski. There is a suggested $5 donation, but no one is turned away. The presence of the ski hill right in town makes skiing so much more accessible even if Ryan is the only one in our family who skis. I might not pay to take him to Bretton Woods as a non-skier when there is no one to go up on the lifts with him, but I will happily take him down the street and watch him use the rope tow and ski down.

The presence of Mt Eustis in town meant it was worthwhile to find ski rentals for Ryan that he could use outside of the school run Winter Activities Program. Fortunately, the Littleton Parks and Recreation Department offers a great program – free ski equipment rentals for the duration of the season. Cal just had to take Ryan to the school one night and they outfitted him for skis and sent him home with ski boots, skis, goggles, ski mittens and a helmet. It is a fantastic program that prepares him for winter skiing and I don’t have to worry about spending money on ski gear that he is sure to outgrow by next winter.

Winter can be a difficult time of year, but programs like the Winter Activities Program teach kids to love and enjoy the season. Ryan waits eagerly for months until ski season starts. We are really fortunate to have lived in two different towns that were both near skiing and offered some form of Winter Activities Programming. I do not know what other towns in New Hampshire offer, but I do believe that some form of programming is common at least for those kids who live near ski mountains. 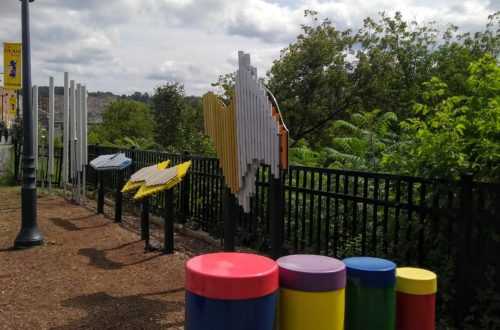 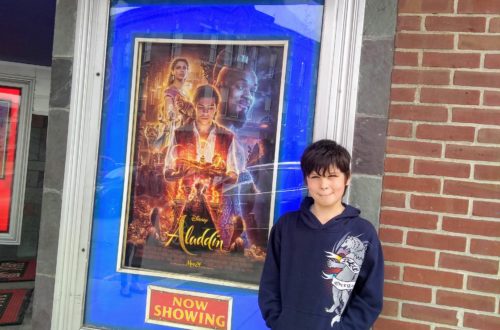 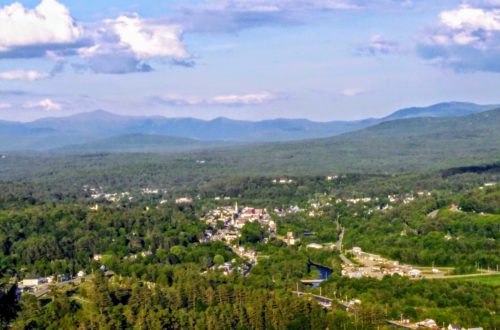 10 Must Do Things in Littleton NH