A common refrain that I hear from people in other parts of the state is that there are no jobs in the North Country.  A common refrain I hear from employers up here is that there are not enough workers in the North Country to fill all the jobs.  There are those who seem to think that there is nothing up here except mountains and some businesses that cater to tourists.  There are also people who are slightly more informed about the area, but believe that ever since the big mills up here closed, there haven’t been any new jobs or businesses.  Those ideas are completely wrong.  It is true that the North Country economy has struggled historically, and some areas of the North Country have struggled more than others.  It is also true that there are fewer jobs up here than you would find in a major city (also fewer people competing for those jobs), and if you are working a type of job that is only generally found in major cities, you would need to change your expectations a little bit if you really wanted to be up here. However there are plenty of jobs up here – good paying, full time jobs that employers are desperately looking for people to fill.

The North Country is a large region and to say that there are no jobs up here is unequivocally false.  I only feel qualified to comment on the Littleton area in depth, and Littleton is thriving.  I can also say anecdotally, that I know of multiple people who have come to other parts of the North Country (specifically the Berlin area) and had multiple job offers within days.

Opportunities for general, unskilled work are everywhere in this area (and generally pay better than other places).  Retail establishments and restaurants always seem to be hiring and I have seen starting pay at some of those places offered at $14-$17/hour.  We have an award-winning Main Street full of cute locally owned shops and restaurants, in addition to big box stores and chain restaurants that exist here to serve both locals and visitors.  Contrary to popular belief, those types of jobs are not the only option in the North Country.

Our towns may be smaller up here, but we still have all of the same community needs for living here.  That means that there are still plenty of jobs for teachers, doctors, lawyers, nurses, therapists, bankers etc.  Any job that fills a regular need, is needed up here. The applicant pool for those types of jobs is smaller up here, so the need to fill those jobs is greater.

Littleton also benefits from the Littleton Industrial Park.  The industrial park hosts businesses big and small, including several Canadian businesses who base their U.S. operations in Littleton (drawn here by the low electric rates and proximity to Montreal.  One of the premier coin companies in the world is the Littleton Coin Company, an employee owned company based in the industrial park.  Tender Corporation – a manufacturer of well known insect repellents, after bite treatments, first aid kids and other outdoorsy solutions – is also based in Littleton.  Some of the other bigger businesses based in Littleton are Burndy, Kamik, New England Electric Wire, Rotobec, Secured Network Systems, Harrison Publishing Company and Appalachian Stitching (among others).  Manufacturing or corporate jobs certainly exist here.  There is a little bit of everything around town and employers seem eager to find new talent.

One of the biggest draws to this area for Cal was how friendly it is to entrepreneurs.  Locally owned businesses abound here and there is the feeling that anyone with a good idea could start a business here and find success.  Between lower rent costs, lower electric rates, and a business friendly culture the barriers to start a new business are far lower than in other places.

The traditional rat race that usually revolves around cities doesn’t exist here, however good paying jobs do.  Job options are less than in a city like Boston, so you have to be a little more flexible and probably less specialized than in major cities, but there is also a lot less competition for those jobs.  Overall, if you are looking for the best job you are qualified for, it is worth exploring the options that exist in the North Country.  You could very well find your dream job here.  However, there are also plenty of jobs that may not be your dream job, but can be fulfilling and support a comfortable lifestyle.  If you are creative and entrepreneurial in spirit, even better!

We did not move to Littleton for the job market, we moved here because we loved the town and community so much.  We felt that this was the best place to raise our family and enjoy an amazing quality of life.  Cal and I both have advanced degrees and could make significantly more money in a major metro area.  However, we love the quality of life that this area has to offer and we prioritize that quality of life over our professional careers.  Additionally, the lower cost of living and relaxed pace of life more than makes up for the slightly lower wages than Boston (the wages are still generally great here).  At the same time, there are still plenty of career options here, for a wide variety of fields.  The availability of jobs in a wide array of fields reassured us that moving here was still a financially sound decision. 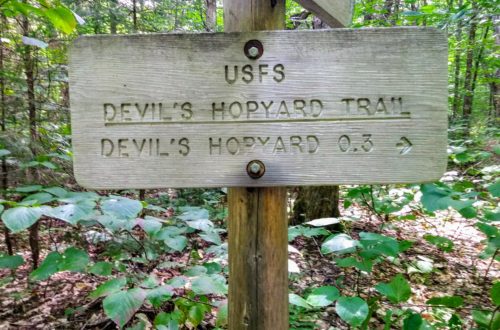 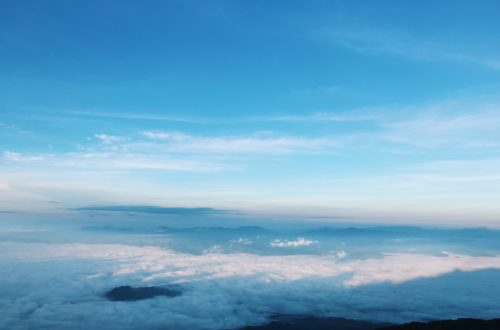 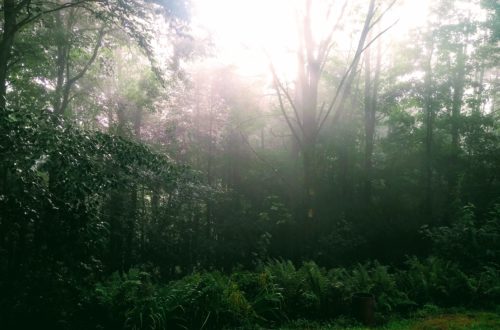 Isolated? – Myths of the North Country